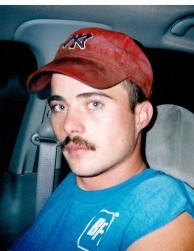 Mr. Terry James Nicodemus, 37, of Asheboro, N.C., died Wednesday, June 29, 2016 at the Randolph Hospice House. A graveside service will be held at 3:00 p.m. on Friday, July 1, 2016 at the Dover Baptist Church Cemetery in Seagrove, N.C. with Rev. Neal Poole officiating. The family will recieve friends following the graveside service.

Terry was an avid sports fan with Jeff Gordon as his favorite Nascar driver and the Duke Blue Devils as his favorite basketball team. He worked alongside his father as a truck driver, specializing in automotive transport and many other facets of the trucking industry.

Terry loved spending time with his family and friends and was loved by all who knew him.

He was preceded in death by his maternal grandparents.

Joyce Brady Chapel of Bennett, N.C. is honored to serve the Nicodemus family.

To order memorial trees or send flowers to the family in memory of Terry Nicodemus, please visit our flower store.