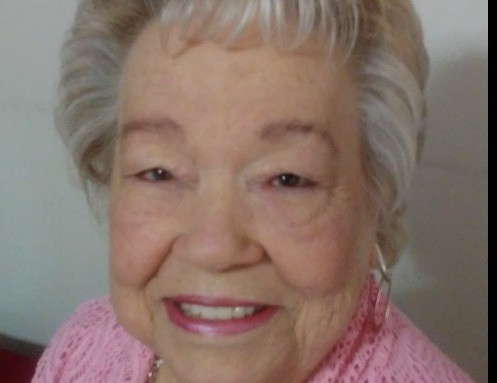 Mrs.  Myrtle “JoAnn” McAlister, 76 of Ramseur, died Saturday, February 3, 2018 at the Randolph Hospice House in Asheboro. The funeral service will be held at 2:00 p.m. on Tuesday, February 6, 2018 at Joyce Brady Chapel in Bennett, N.C. with Rev. Randy Kelley presiding. Burial will immediately follow at Parks Crossroads Christian Church cemetery. The family will receive friends afterwards at the home of Mrs. McAlister.

JoAnn was born in Portsmouth, Va. In 1942, daughter of the late Richard Roy Sealey and Leola Martin Sealey. She worked in the textile industry for many years and retired as an assembly worker with Black & Decker in Asheboro. She loved music, dancing, attending church, yet her greatest love was her family which included many kin or not. She loved people and never met a stranger. In addition to her parents, two brothers, three sisters and one son-in-law. She was preceded in death by her son Joseph Marshall McAlister in 1998 and her husband Joe Brown McAlister in 2000.

Joyce – Brady Chapel of Bennett, N.C. is Honored to serve the McAlister.

To order memorial trees or send flowers to the family in memory of Myrtle McAlister, please visit our flower store.