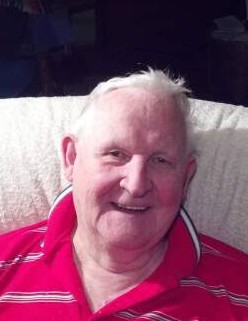 John was born in Jackson County, Ga. In 1934, son of the late Lendon Tipton and Mary Marsh Tipton. He served in the U.S. Navy working as a machine repairman. He retired as a driver from Darrell Andrews Trucking in Siler City after many years of service. John was of the Catholic faith. In addition to his parents, he was preceded in death by infant brothers Vince and Edward Tipton, brother Lendon Tipton, Jr., sister Helen Upchurch and Elizabeth Polfahl, sister-in-law, Johnsie Tipton and two nephews, Ronnie Dale Brown and Robert Lee Hussey, Jr. .

He is survived by his twin siblings Dean R. Tipton and Dina Faye Moore (Paul) of High Falls and his caretaker Sheila Moore as well as a host of family and friends.

Joyce-Brady Chapel of Bennett, N.C. is honored to serve the Tipton family.

To order memorial trees or send flowers to the family in memory of John Tipton, please visit our flower store.