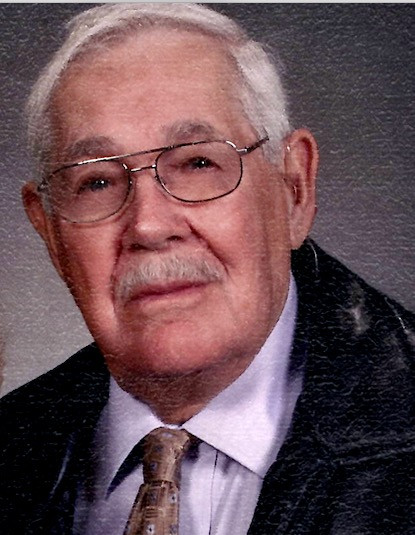 The funeral service will be held at 11:00 a.m. Wednesday, June 15, 2022, at Tyson’s Creek Baptist Church with Rev. Bob Wachs officiating. Burial will follow in the church cemetery. Following the service, the family will receive friends in the Family Life Center at Tyson’s Creek. He will lie in repose from 2:00 p.m. – 5:00 p.m. on Tuesday, June 14, 2022 at Joyce-Brady Chapel.

Teet was born in Chatham County, NC in 1930, son of the late Lonnie Scott and Nellie Dixon Scott.

He worked as a painting contractor from 1950 to 1970 and then started More Heat Manufacturing. He and his wife Berta Lou then founded Southern Supreme Fruitcake & More. Having a vision to provide the public with something good using just two ovens, their business grew into a company that sells and ships fruit cakes, cookies and numerous other items throughout the world. Teet treasured his family and adored his grandchildren and great-grandchildren. He was a friend to all who knew him and leaves a legacy in the hearts and lives of many.

In addition to his parents, Teet was preceded in death by eight brothers and four sisters.

The family requests in lieu of flowers that donations be made to Tyson’s Creek Baptist Church, 10891 Siler City-Glendon Road Bear Creek, N.C. 27207 or to FirstHealth Hospice, 150 Applecross Road, Pinehurst, N.C. 28374.

Condolences may be offered online at www.joycebradychapel.com

Joyce-Brady Chapel is honored to serve the Scott Family.

To order memorial trees or send flowers to the family in memory of Hoyt "Teet" Scott, please visit our flower store.